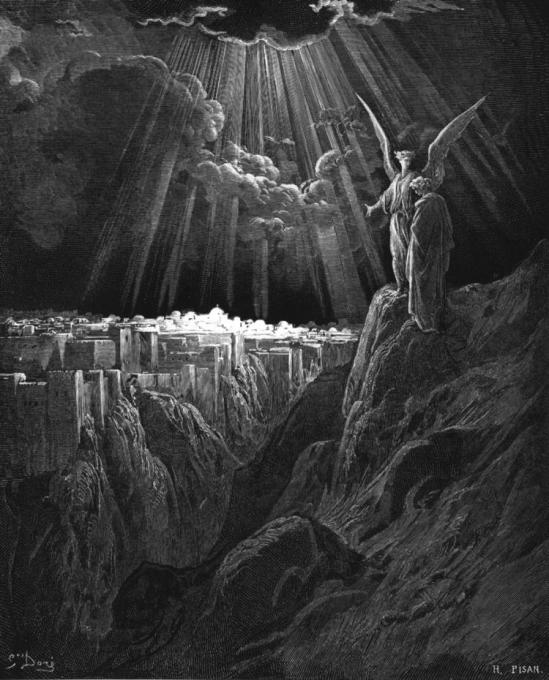 The road to redemption is not a straight path; it is filled with twists and turns. One may encounter obstacles on the way; seemingly insurmountable barriers that must be overcome, in order to journey forward.

For Father Buer, this road is, at times, a perilous one. Like Caim, Buer is himself a fallen one; he served as Captain in Caim’s army, a seasoned warrior and elder advisor, whose devotion to his General – and a certain amount of hubris – led to his downfall.

Cast out of paradise, Buer, like the others, was forced to exist as an immortal amidst the sea of humanity that surrounded him. For many, this existence leads to darkness – and to despair. However, Buer found a way. He developed an idea, a belief, that the fallen ones could transform themselves through redemption, that they could all achieve a state of grace. For Buer, this meant to devote his existence to the Church; to give comfort and aid to those in need of it most – the indigent, the mad, the angels-turned-demons that live among us.

I’m not certain how far back Buer’s occupational choice extends, although I’ve seen a collection of religious icons at the Getty, and upon examining a 14th century panel, was struck by the face of one of the monks in the relief… how similar in shape and in tone to Buer’s. A certain sense of suffering within his eyes. He stands apart from his brethren, he seems lost in thought. Yes. I believe this to be Buer. I think about his decision to serve God, and if there was catalyst that compelled him to do so. What was it? Has he ever loved a mortal?

I watch him as he tends to the homeless. The social workers, the police all know him, for he spends his days weaving through the hell of Skid Row. They bring to him the untreatables; miserable wretches in filthy rags, who find no relief through traditional medical treatment, for the wretched ones are not human. The shame of being cast forth, the pain of living amongst humans, the longing for home – all of these elements have driven them mad. I wonder how this affects Father Buer. I wonder if he struggles for his own sanity. I suspect that at night, alone, these fears come to surface… but they have yet to break him.

I think about the day that Buer came to Skid Row, and found a new resident there. Weeping, frightened, babbling, he was clothed in filthy rags, his body covered with ulcers and putrescence. Buer knelt, and loosened the bindings around the other’s head… and discovered that this wretch was Caim. His general. His friend.

This discovery must have unnerved Buer, for Caim, like him, was one of the Ancient Ones. For Caim to have fallen so deep into despair was unheard of. I watch as Buer tends to Caim’s body – and to his soul. Years go by, with Caim trapped in darkness. One day, a glimmer of light – Buer sees recognition in Caim’s eyes. Another glimmer… and then, bit by bit, Caim emerges from darkness, and is finally restored to life.

And so, Buer continues his mission, to give comfort and aid to those who walk among us. He works tirelessly to restore them to grace, for he, too dreams of paradise. Redemption is the fragile thread that he clings to, for it is his last hope.

You’ve been reading about the characters who live among us. Here are the wonderful actors who are giving them life (in no particular order – consider this a casting roundtable, L. to R.). Click on the pic to see them more up close and personal: 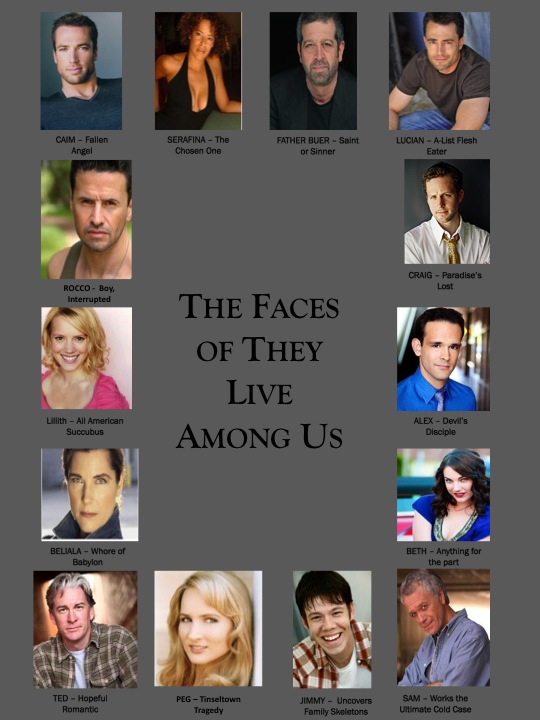 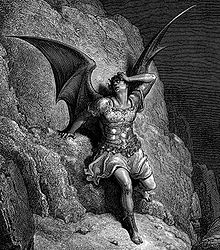 The mind is its own place, and in itself
Can make a heav’n of hell, a hell of heav’n. – John Milton, Paradise Lost

The world of demonology has been a fascinating one to explore. Fallen angels. Grace. Redemption. Madness. Despair.

When angels fall from grace, they become demons. Not only in Judeo-Christian mythos, but ancient Babylonian, Sumerian, Assyrian, Greco-Roman, Hindu and even ancient Arabic tales all embrace the concept of the fallen one as demon. It is universal.

One of the elements that led to the birth of TLAU was the desire to explore the aftermath of a fall from grace. This concept led to the creation of two characters: Father Buer – and Caim.

Father Buer  spends his days tending to the homeless in the streets of Los Angeles. In this world, however, his flock is cut, shall we say, from another cloth. Father Buer ministers to those who have fallen. He gives comfort and aid to demons.

…and this is where Caim, the fallen angel, comes in.

Falling from grace is both tragic and traumatic. Imagine the suffering of the fallen one, when s/he realizes what they have done – and at what cost. Life as an immortal, but on earth instead of heaven. Surrounded by mortals. Outliving them all one by one.

Surviving those you love is a particular form of torment, and for Caim, life as he now knows it is an eternity of anguish. It is enough to drive even the most stoic being mad – and that is precisely what happened to Caim. He wandered the streets, living in the hellish abyss that is Skid Row, amongst the socially untouchables, the insane. Until Father Buer found him.

For hundreds of years, the Church has had one in their midst who gives of self to tend to the fallen ones. A priest who helps to ease their suffering, and, for a few, helps them find their way back to grace. In the City of Angels, this priest is Father Buer. His mission is to restore Caim to grace. For, as he says, “We are all of us God’s creatures. All of us. Even you.” 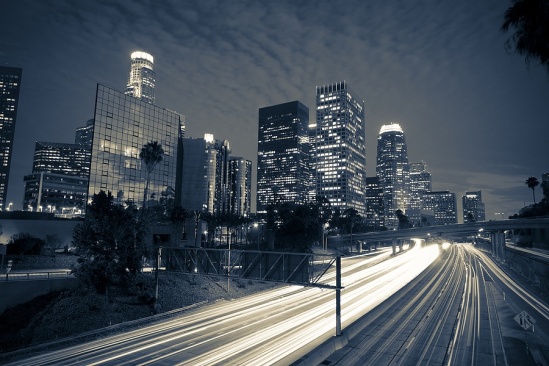 “It’s a place where they’ve taken the desert and turned it into their dreams. I’ve seen a lot of L.A. and I think it’s also a place of secrets: secret houses, secret lives, secret pleasures…”  L.A. Story

A few weeks ago, I was approached by a a firm seeking short animated scripts. They wanted to know if I had anything available. I dusted off a little piece that was lying around and, on inspection, thought that it might serve their needs.

Of course, it did not – their projects are more politically-driven, and my short revolved around a young man who encounters a crazed beauty in a park.

At the same time, I was in the middle of production training, surrounded by an amazing group of women. We supported each other, we cheered one another on. It was most delicious. Writing is a very solitary craft; I was feeling very isolated.

You don’t get into the creative arts with a brain that is perfectly wired; we’re all a little out there… and with the outsider mentality can come abject loneliness. Add in a spoonful of insecurity, for they say you are only as good as your last project, and we find ourselves running marathons through this town, our hearts laden with the fear that someone will find us out.

What we don’t always realize, is that we all feel this way.

At the same time, I was struggling with my creative identity. I felt castrated as an artist. And then, I had a dream… I saw a fallen angel, and I realized he was in love with a prostitute.

I sought out my angel… and ended up in DTLA, walking through Skid Row.

I came home. I mulled this over. On my left, was Shakespeare. On my right were two scripts of mine, a short titled BOY MEETS GIRL, and a feature, titled LET’S DO LUNCH.

I thought. A lot. I wanted to tell snapshot stories of the lives of outsiders… and realized that the ultimate outsider is a supernatural being. And so, I typed FADE IN. Three days later, I had episodes 1-3 of THEY LIVE AMONG US.

This morning, I began my Kickstarter campaign, in order to raise funds for my project, which I hope to have completed by the end of the year. I’ll blog about the campaign, about the individual episodes (there are three this far, with a couple hanging out there if the first three go well), and, of course, about the micro-budget production process from concept to completion.

It’s an exciting time to be a filmmaker; we’re so much more empowered than in years past. I’m looking forward to sharing my adventure with you!